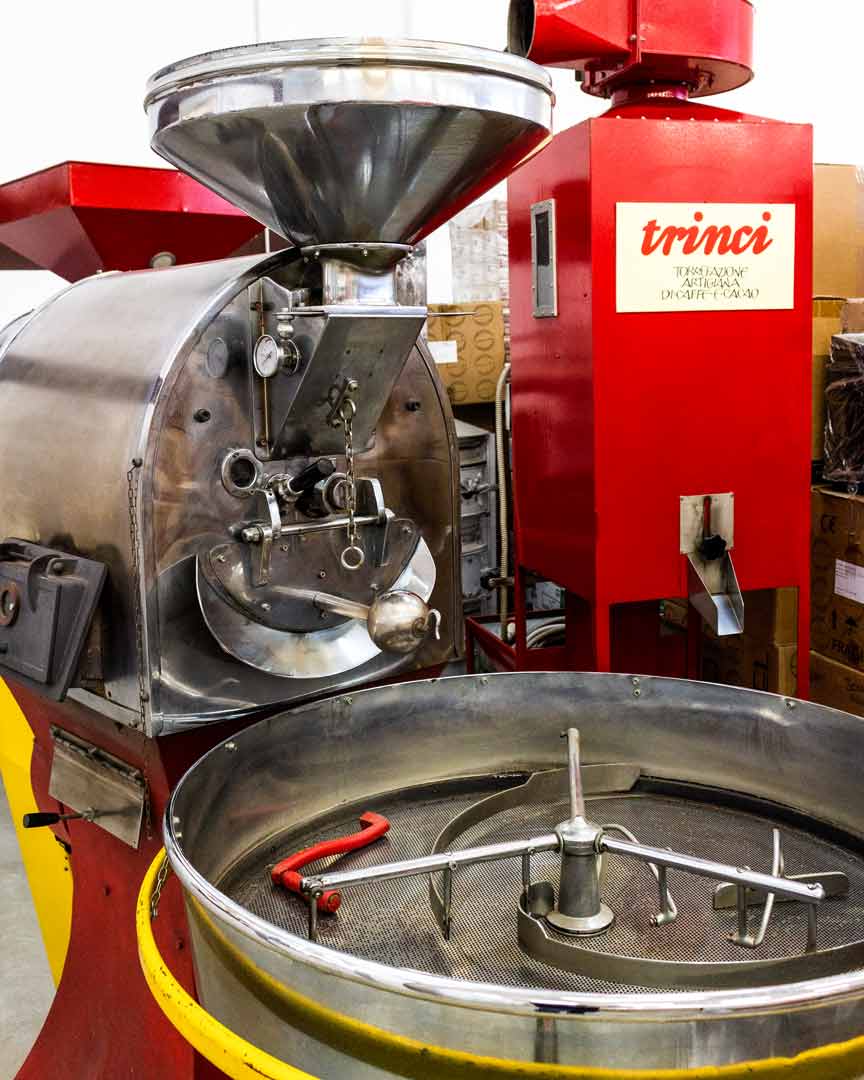 The Origins of the Trinci Coffee Roasting

The history of the Trinci roasting begins in Florence in 1939 with the artisan workshop of Ercole, when coffee was a drink for the few, and no one could imagine the enormous diffusion it was intended for.
With the economic boom, the activity of roasting became increasingly important. Thanks to the spread of coffee machines for home use, coffee became increasingly accessible to everyone. The need for a larger space forces Ercole Trinci to move the business headquarters to Agliana, in the province of Pistoia. In those years, Andrea joined his father, acquiring all the secrets from him.

The business expanded and, starting in the 1980s, with the revival of Italian winemaking, Andrea and his sister Chiara decided to open a wine shop.
Through a more tested market like wine, they come into contact with emerging names and offer their coffee to various Italian restaurateurs.
Ten years of great satisfaction followed. His coffee has been exported to different European cities and served to the heads of state present at the G8.
On the wave of success, Andrea continued his activity as a consultant in the world of coffee for a large industrial group. Thus, he has the opportunity to deepen his knowledge, becoming a true coffee expert from plantation to cup. 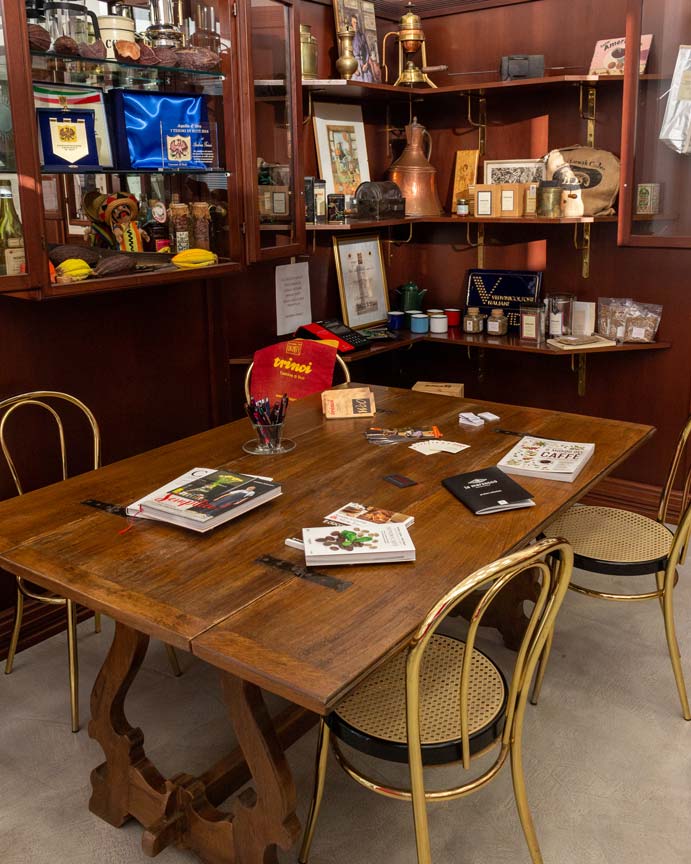 The ever-growing nostalgia for craftsmanship and the desire to be able to express oneself without being conditioned by industrial logic convinces Andrea Trinci to open his new artisan workshop in 2003 in Cascine di Buti, a small town in the Pisan province.
The secluded position is a real challenge, but the interest of the press quickly returns the old customers and brings him new ones. Trinci then returns to making coffee with artisan passion.
He takes up the old roasting machines of his father “with direct flame” and “with indirect flame”, passing on what was the art of the roasting of Ercole and enriching it with his new experience. Andrea devotes himself body and soul, selecting the best beans and creating blends of which he
jealously guards the recipes.
Thus he returns to be the “tailor” of his coffee tailored to customers, managing to enhance each batch of coffee, interpreting the potential of a coffee even before roasting and extrapolating its intrinsic qualities, through a “sweet roasting” with wood cooking.

The continuous research for quality, starting from raw materials to coffee in the cup, over time, has prompted Trinci to make craftsmanship coincide with the introduction of new technologies.

An old friend, a cocoa importer, returning from a trip to São Tomé and Principe, gives Andrea Trinci some cocoa beans to toast. Thus, began a new challenge of chocolate.
Andrea spent a lot of time experimenting unsuccessfully until, after about a year, he reached the result he was looking for: raw chocolate, with a strong taste, like the one made in the manner of the Aztecs.

Trinci chocolate has an incomparable flavour and texture, difficult to find elsewhere.

The chocolate is so particular and refined to suggest to Andrea Trinci a further expansion of his laboratory.
The history of roasting continues, and Andrea carries on two parallel realities: on one side, the main one of coffee, and on the other, the emerging one of chocolate. The latter reality is finding increasing interest, both in Italy and abroad, especially in Germany, France and Poland. 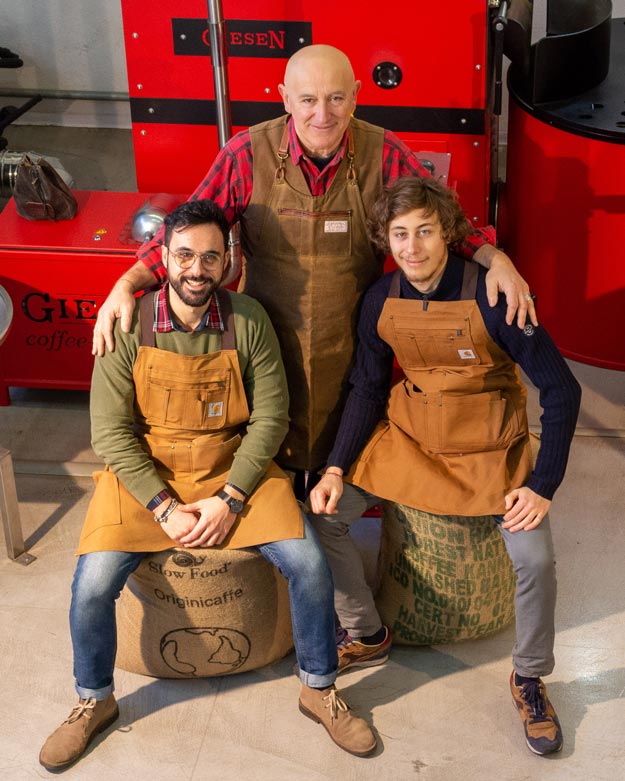